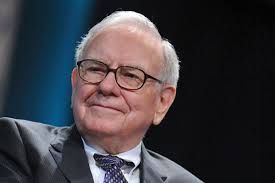 Warren Edward Buffet is an American Business Magnate, Investor and Philanthropist, regarded as one of the best Investors of our Time. Born on 30/8/1930, now 84 years old and still the CEO of Berkshire Hathaway Inc - a multinational conglomerate Holding Company that oversees and manages a number of subsidiary companies.  His net worth is estimated at 72.3 billion USD.

The Berkshire Hathaway HomeServices franchise operates under HSF Affiliates, which owns the Prudential and Real Living real-estate networks and is a joint venture between HomeServices of America and Brookfield Asset Management. Click HERE  to read the Full Article.

Why Warren Buffett Wants to Sell Houses, Cars and More

Prudential Real Estate, meanwhile, has already placed more than a thousand real estate agencies under the Berkshire Hathaway HomeServices brand after striking a franchising deal with the conglomerate in 2011. That number is still expanding, both in the United States and internationally. The company plans to pursue further licensing deals in Europe and Asia, in addition to other American markets.  CLICK on the above Heading LINK for the Full Article.

The billionaire investor, known as the Sage of Omaha, last month dumped more than 245million of the crisis-hit grocer’s shares, just days after branding his holding a ‘ huge mistake ’.
Berkshire Hathaway saw net profits fall by 9 per cent to $4.6billion in the three months to the end of September, compared to a profit of $5.1billion in the same period last year.
CLICK on the above Heading LINK for the Full Article.

Warren Buffett is wealthier than ever ( stated on forbes.com on 6 April 2015 ) thanks to the stellar performance of his diversified holding company, Berkshire Hathaway ( in 2015 Buffet had control of the company for the past 50 years ). Its coveted Class A stock, which is the most expensive of any public U.S. company, eclipsed $200,000 per share for the first time in August 2014. Buffett moved to 3rd richest on Forbes' 2015 list of the world's richest, up 4th richest in 2014.

A generous philanthropist, he bested his own giving record in July 2014, giving away Berkshire shares worth $2.8 billion, primarily to the Bill & Melinda Gates Foundation but also to his children's foundations, bringing his lifetime giving to nearly $23 billion. Buffett says his best ever investment was buying Benjamin Graham's book "The Intelligent Investor" in 1949.

He later studied under Graham before moving home to Nebraska and acquiring a struggling textiles company in 1962, Berkshire Hathaway. In early February 2015, it was the fourth most valuable public company in the U.S. with a market capitalization of $355 billion.

CORPORATE  STRUCTURE  OF  THE  COMPANY

Warren Buffett ( who is the company's Chairman, President and CEO ) mounted a spirited defense of Berkshire Hathaway Inc.’s conglomerate structure, in his 50th letter to shareholders, and made the case that the company is well-positioned to survive without him and his partner Charlie Munger ( Vice-chairman of the company ).

Reiterating many of his favorite themes, Buffett talked about why BerkshireBRK.A, +0.42% BRK.B, +0.50%  makes sense as it is currently structured — the centrality of what he termed Berkshire’s “special culture” to its economic health and the value of being a conservative player. He also said that diversification was key to Berkshire’s profitability.
Berkshire released the letter from its chairman on Saturday morning, along with its fourth-quarter and annual earnings report. Since 2015 marks the 50th year of Berkshire under the control of Buffett, 84, and his right-hand man Munger, 91, the duo each wrote sections reviewing Berkshire over the past five decades and laying out their vision for the future. Munger typically doesn’t write letters to Berkshire shareholders.
In defending Berkshire’s existing conglomerate structure, Buffett said that if used judiciously, it “is an ideal structure for maximizing long-term capital growth,” while noting conglomerates have a bad reputation with investors that is richly deserved.
A conglomerate such as Berkshire can move huge sums of money from one business to another without incurring taxes and doesn’t have what he called “historical biases” associated with being in one industry. Also, Berkshire can buy pieces of attractive companies because it is a holding company for both operating businesses and stocks, an option not available to most company managements, Buffett wrote.
He said Berkshire wouldn’t spin off any businesses voluntarily because it makes no sense.Warren Buffett mounted a spirited defense of Berkshire Hathaway Inc.’s conglomerate structure, in his 50th letter to shareholders, and made the case that the company is well-positioned to survive without him and his partner Charlie Munger.  ( Article dated 28 Feb 2015 ).