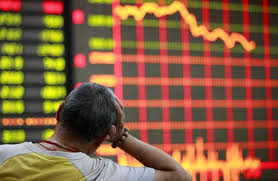 An Equity Investment generally refers to the buying and holding of Shares of Stock on a Stock Market by indivi-duals and firms in anticipation of income from dividends and capital gains, as the value of the Stock rises.
Information from INVESTEC (in 2015) shows that South African Shares/ Equity had an average growth of 15 % per annum over the past 20 years and Listed Property 20 % per annum. For Shares/ Equity the best return over the past 20 years was 71 % and the worst year was ( minus ) - 23 % !
WARNING !
If any person or entity therefore promises you a Return of 30 % or 300 % per annum, you should be very suspicious as it is undoubtedly too good to be true !  See our Page on PONZI SCHEMES above for more details. 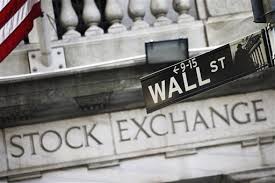 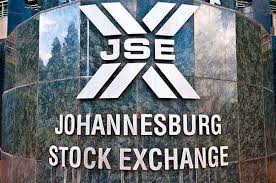 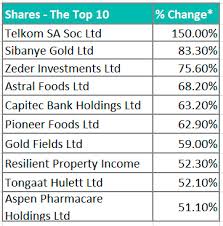 Your Investment can Grow ! 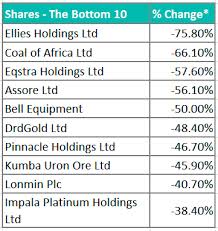 Your Investment can Drop !

CLICK the above LINK to see the Full Moneyweb Article.

Friday, 27 Mar 2015 03:14 PM    www.monenews.com
It is only a matter of time before the stock market plunges by 50% or more, according to several reputable experts.
“We have no right to be surprised by a severe and imminent stock market crash,” explains Mark Spitznagel, a hedge fund manager who is notorious for his hugely profitable billion-dollar bet on the 2008 crisis. “In fact, we must absolutely expect it."
Unfortunately Spitznagel isn’t alone.
“We are in a gigantic financial asset bubble,” warns Swiss adviser and fund manager Marc Faber. “It could burst any day.”
Faber doesn’t hesitate to put the blame squarely on President Obama’s big-govern-ment policies and the Federal Reserve’s risky low-rate policies, which, he says, “penalize the income earners, the savers who save, your parents — why should your parents be forced to speculate in stocks and in real estate and everything under the sun?”
Billion-dollar investor Warren Buffett is rumored to be preparing for a crash as well. The “Warren Buffett Indicator,” also known as the “Total Market Cap to GDP Ratio,” is breaching sell-alert status and a collapse may happen at any moment.
So with an inevitable crash looming, what are Main Street investors to do? One option is to sell all your stocks and stuff your money under the mattress, and another option is to risk everything and ride out the storm.

In a shocking interview with PBS, billionaire mutual fund icon Jack Bogle, revealed that Wall Street is unapologetically stealing from millions of hard-working Americans. Bogle showed how “70% of your market returns” go straight to the pockets of Wall Street, and only 30% actually goes to you, the investor.
And Bogle should know.
Bogle, who founded the Vanguard Group in 1974, has had a decades-long insider’s view of the entirely corrupt fee structure on Wall Street.
So he knows how American retirees are being fleeced by hidden fees that most investors never see.
And at a recent private event, Steve Forbes echoed this same shocking claim.
Forbes pointed out that these fees are compounding, and over time are devastating to retirement nest eggs.
The typical Wall Street 2% management fee, compounded over the long term, will “cut your returns in half or more. If you would normally have $100,000, you could end up with, say, $30,000 or $40,000 because of what fees eat up.”
Of course Bogle and Forbes aren’t the only industry icons sounding the alarm.
Warren Buffett made it clear that the only way to make money over the long term is to invest “without paying fees to a mutual fund manager.”
Forbes took these comments even further when he and industry veteran John Shubert exposed the biggest threat to your retirement during the exclusive Investment Crisis Summit held by Newsmax Finance.
During the summit, Forbes and co-host Shubert revealed groundbreaking research that proves Wall Street’s compounding fees are only part of a larger “flaw” in the financial system.
It’s this “flaw” that makes it completely legal for Wall Street to siphon off up to 70% of your profits.
Editor’s Note: Forbes and Shubert Give Proof on Wall Street’s Loophole for Legally Grabbing Your Profits.
Before you dismiss the notion that Wall Street could legally take your profits as a matter of course, consider the facts Forbes and Shubert revealed during the summit.
Citing new research from the Harvard Business School and London School of Economics, they pointed out that this industry “flaw” is a “permanent condition” of the market. Meaning it can’t be fixed.
And investors who don’t take steps today to overcome this flaw could lose more than just 70% of their profits. They could end up losing their ability to retire altogether.
At the summit, attendees also discovered how outdated regulations actually force Wall Street fund managers to underperform their benchmarks.
Shubert showed how 80% of the stocks held in mutual funds are nothing more than dead-weight stocks, providing no excess return for investors.
That means for every $100 you invest, only $20 is actually working for you to generate market-beating returns. The remaining $80 is simply fodder for Wall Street’s fee machine.
To drive the point home, Forbes and Shubert clearly illustrated how dead-weight stocks and fees make it mathematically impossible for fund managers to beat the market.
Summit attendees were fuming after learning how the system is working against them. But they became overwhelmingly confident once they learned how to take simple steps to avoid the financial carnage that unwitting mutual fund investors could experience in their retirement years.
See the Proof: Get the Recording from the Summit by Clicking Here Now.
Shubert said, “It’s a clear and actionable blueprint that sidesteps Wall Street fees and makes sure all of your money is put to work.”
“When we first held the summit, people were outraged by what they learned and asked us to make the recording of the summit public so they could share it with friends and family,” said Newsmax Financial Publisher Christian Hill.
“The real concern,” Hill added, “is that more than 96 million people own mutual funds. And the ones who have no idea they’re being fleeced will be the hardest hit when they need the money the most, at retirement.
“It’s scary to think so many Americans will end up with a lot less money than they thought at retirement. But we want the average American to be prepared, and that is why we will continue to push the exclusive video recording from the Investment Crisis Summit to as many outlets as we can. We want the word to spread.”
Editor’s Note: For a limited time, Newsmax is showing the Investment Crisis Summit and supplying viewers with access to a groundbreaking blueprint for sidestepping Wall Street fees and putting all your money to work. Go here to view it now.
Read Latest Breaking News from :  www.newsmax.com

If things go according to plan, the Zimmerman family will have reduced their holdings from a controlling stake of about 42million shares, equivalent to a holding of about 37%, to just 7.3million, or 10%. In the process, they will have walked away with R450-million cash from the company.  The Zimmermans are out, but it is unclear who is in control.

It appears to be CEO Jebb McIntosh, who built up the company with Maldwyn and holds 25.5million shares. McIntosh is noncommittal on the matter. But it appears McIntosh and his co-directors have used R450-million of the company's cash to get control.

CLICK the above LINK to read the Full Article.