A Ponzi Scheme is a Fraudulent Investment Operation where the Operator, an Individual or Organization, pays Returns to its Investors from New Capital paid to the Operators by New Investors, rather than from Profit earned by the Operator.

This is the first sign of a Ponzi Scheme.  When SA Banks offer Interest Rates of between 5 % and 7 % per annum on Fixed Deposits ; SA Equities/ Shares provide yields of 15 % per annum and Listed Property Securities provide returns of 20 % per annum on average over 20 years - THEN when someone promises you 30 % or 300 % per annum on your Investment - SOMETHING IS SERIOUSLY WRONG  ! ! !     DON'T  let  Greed  get  the  better  of  you  -  investigate  further  !

2.   When your Return is Always the Same.  All investments are subject to fluctuations.

3.   When you are told it is Easy to make Fast Money.  Investments only grow over long periods.

4.   When you notice a Club or Cult-like Atmosphere around certain Key Persons in a Scheme.

5.   When only relatively High Once-Off Investments are accepted.  Fraudsters like BIG amounts.

6.   When you are Pressurised to Invest Immediately.  You are told it is for a ' Limited Time ' only.

7.   When you are Rewarded for Introducing other people to the Scheme.

8.   When your Financial Advisor earns a Huge Commission on the Investment Product.  ASK.

Also read the following Article : Investors Need to Wise up to Ponzi Schemes

Related Topics
On March 12, 2009, Madoff pleaded guilty to 11 Federal Felonies and admitted to turning his Wealth Management Business into a massive Ponzi Scheme that defrauded thousands of Investors of billions of dollars. Wikipedia Explore : Bernard Madoff.

A Pyramid Scheme is a form of fraud similar in some ways to a Ponzi Scheme, relying as it does on a mistaken belief in a nonexistent financial reality, including the hope of an extremely high rate of return. Wikipedia Explore : Pyramid Scheme. 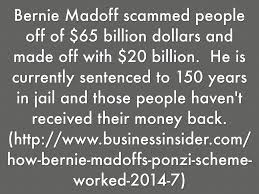 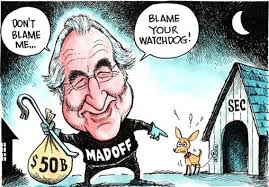 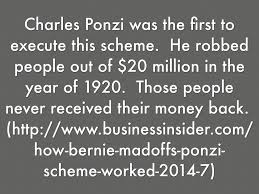 How did Madoff do It ?

It has been reported that Madoff’s money management business started mainly with investments from family and close friends. In the early years, Madoff reportedly promised Returns of  18 - 20%  per  annum.

In the 1980s and 1990s, however, Madoff solicited investments from supposedly sophisticated investors around the world, including investment banks, trust managers, hedge funds and even large charities. Madoff also raised billions in the New York Jewish community, of which he was a member, as well as in several prominent East Coast country clubs.

Madoff’s allure was his promise of steady positive monthly returns and his reports of annual Returns in the 10 - 12% range, even in the bear market which unfolded in 2000. Federal investigators now claim that those reports to investors and prospective investors were fraudulent.

In 2001, the Offering Memorandum ( Prospectus ) for a Madoff-managed feeder fund described his investment strategy as follows : “ Typically, a position will consist of the ownership of 30–35 S&P 100 stocks, most correlated to that index, the sale of out-of-the-money calls [options] on the index and the purchase of out-of-the-money puts on the index. The sale of the calls is designed to increase the rate of return, while allowing upward movement of the stock portfolio to the strike price of the calls. The puts, funded in large part by the sale of the calls, limit the portfolio’s downside. ”

However, Madoff’s split-strike conversion, or “collar trade,” strategy as described above is not a perfect hedge since options are purchased/sold on an index which contains a much larger basket of stocks than the 30–35 purchased to hold.  In any event, Madoff’s strategy was well-known in the industry, especially among professional options traders.  However, reportedly no one else in the industry could consistently generate the kind of Returns Madoff claimed.

Lessons To Be Learned From The Madoff Fiasco

A lot of very smart and very rich people were duped by Bernie Madoff, along with lots of other investors who were not wealthy or sophisticated.  Investors like Steven Spielberg and Jeffery Katzenberg won’t likely see their lavish lifestyles change dramatically as a result of the Madoff swindle.  Others, however, invested all or most of their retirement savings with Madoff, and their world has been turned upside down.  They are now in panic mode.

So, the first lesson to be learned from the Madoff fiasco takes us to the old adage : If something sounds too good to be true, it probably is.  At the risk of oversimplication, a stock market investment program that claimed no losing years for at least 17 years, and only 4-5 losing months during that same long period of time, should have made people wonder if it could be true.  At the least, investors should have demanded more documentation from Madoff.
In Madoff's case, things began to deteriorate after clients requested a total of $7 billion back in returns. Unfortunately for Madoff, he only had $200 million to $300 million left to give.

CLICK the LINK to the Right to read the Full Article : How the Scheme Worked.

INVESTOPEDIA  EXPLAINS  ' PONZI  SCHEME '
The Ponzi Scam is named after Charles Ponzi, a clerk in Boston who first orchestrated such a scheme in 1919.  A Ponzi Scheme is similar to a Pyramid Scheme in that both are based on using new investors' funds to pay the earlier backers.
One difference between the two schemes is that the Ponzi mastermind gathers all relevant funds from new investors and then distributes them. Pyramid Schemes, on the other hand, allow each investor to directly benefit depending on how many new investors are recruited.
In this case, the person on the top of the pyramid does not at any point have access to all the money in the system.  For both schemes, however, eventually there isn't enough money to go around and the schemes unravel.

Given his domicile and standing in the financial services community, it is feared that South Africans who trusted Kellermann with their money stand to lose billions of rand invested offshore. The size of Belvedere’s alleged Ponzi scheme dwarves anything to have hit South Africans before. It is ten times the scale of the well publicised Barry Tannenbaum scam. 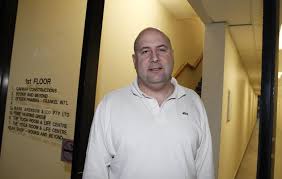 The Ponzi Mastermind now living on the Gold Coast in 'Runaway Bay' Australia and working as a Taxi Driver.  He and his associates managed to convince hundreds of prominent business men and Millionaires to invest with them. Read  HERE 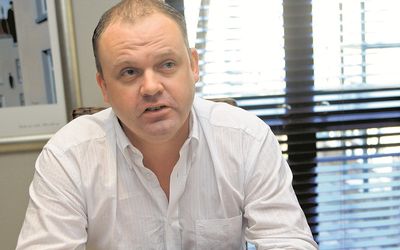 The former Lawyer who helped Tannenbaum run SA's Biggest Ponzi Scheme to date. The High Court ordered him to pay 159 Million Rand to Tannenbaum's Insolvent Estate. He is now living with his family in Switzerland.  Read  HERE