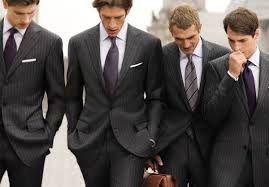 Coronation’s embarrassing big bet on African Bank Investments Limited (Abil) failed to knock its performance. The fund management company was ranked, again, as South Africa’s best fund manager. Allan Gray, which was buying Abil shares as Coronation was dumping them before the bank collapsed, was also unscathed by the Abil saga.  CLICK above Red Heading for Full Article.

EVEN ( Expert Fund Managers ) CAN  GET  A  BLOODY  NOSE

CORONATION Fund Managers - which earlier this month added another industry award to its trophy cabinet, this time from Morningstar - continues to attract investors to its actively managed funds. But out performance is tough to sustain and no house can get it right all the time.

Coronation's head of personal investments, Piter Koekemoer, said the pressure piled on when Coronation grew from being a boutique operator just 10 years ago to being the first name on every financial advisor's team sheet week in, week out.  According to Koekemoer, Coronation now run's 3% of the investable value of the JSE.

He admitted Coronation got it wrong with AFRICAN BANK (Abil), but said there were upsides.  "We didn't enjoy that experience. .... The risk management in the portfolio construction process worked really well. The losses weren't out of line with expectations."

Coronation's analysts had in fact called the problems in the unsecured lending cycle very well, he said.  "Through 2011 and 2012, we had no exposure.  In 2012 and 2013, African Bank's share halved and we thought most of the bad news was out of the system." However Coronation ended up having to sell down radically from a 22 % holding of Abil at a fraction of its original price. But Koekemoer said it had been a gamble worth taking. We were wrong, but we don't yet know exactly why.  We wait with bated breath for the Myburgh Commission's Report. "

Koekemoer said the biggest lesson from African Bank was the importance of timing. " It doesn't change our processes at all. That's what risk means - to assess payoff profiles.  There's no culpability in the sense that an analyst did a shoddy job or was negligence. That's why the portfolio construction process is so important.

Koekemoer's expectations for domestic and global returns reflect any fund house's difficulty in matching client expectations and preventing outflows.  Outflows, he said, were like veld fires.  "It can be difficult to recover from that. "

He predicts that the Rand is likely to remain below its fair value by 10 % to 15 % for some time, that the JSE will probably deliver low double-digit returns over the next decade - with foreign equity doing perhaps 3 % better - that local Government Bonds will return nothing above coupon, and that Cash will deliver 5 % to 7 %. 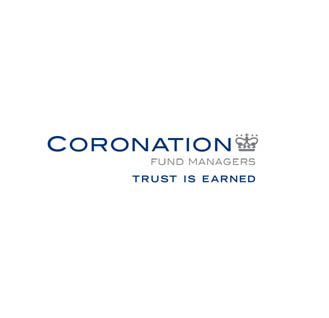 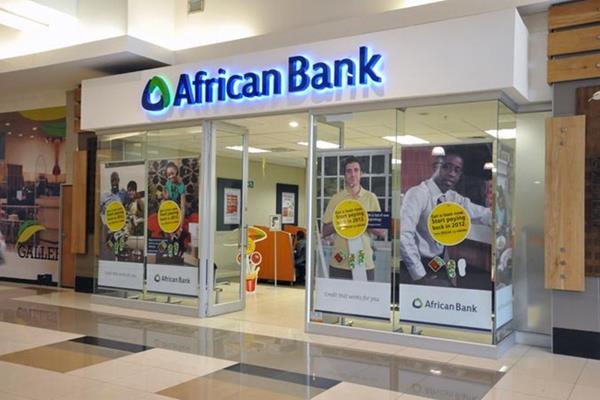 after its stake in the failed lender was wiped out.

South Africa’s central bank put Abil, as it’s known, into curatorship, akin to Chapter 11 bankruptcy, on August 10 after the lender said it needed at least R8.5 billion of capital to survive. Abil’s shares were suspended on August 11 after the South African Reserve Bank split it into a “good” bank and a “bad” book, and arranged for institutions to underwrite a R10 billion capital-raising exercise.
Coronation held about 22% of Abil before the company gave its trading update on Aug. 6 that precipitated a more than 90 percent decline in the stock value, according to data compiled by Bloomberg. The Cape Town-based fund manager then cut its holdings to less than 9% by August 8, it said.
“Losses have been incurred, for which we apologise,” the money manager, which manages the equivalent of about $54 billion, said in an e-mailed statement. “This has been a humbling experience for us. We do not like to make mistakes.”
Still, African Bank’s meltdown didn’t have a significant impact on the performance of any of the funds with exposure, Coronation said, without disclosing how much it lost in rand terms.
Rating lowered
African Bank long-term deposit and senior unsecured debt rating was lowered to Caa2 from Ba1 by Moody’s Investors Service yesterday, citing the “expected losses” for senior bondholders and wholesale depositors. The bank is on review for a possible downgrade because of the risk of higher than anticipated losses. “Equity holders, preference shareholders and subordinated debt holders will lose all their capital,” Coronation said.
Fifteen months before African Bank’s rescue this week, David Stemerman told his fellow U.S. hedge fund managers to bet against the South African Lender.
Stemerman, founder of $3 billion Conatus Capital Management LP, told a New York hedge-fund conference that African Bank had become vulnerable after aggressively building up its unsecured consumer lending investments and becoming too reliant on financing from the bond market.
©2014 Bloomberg News.         CLICK this LINK to read the Full Article.

JOHANNESBURG – The Government Employees Pension Fund (GEPF) had the most equity exposure* to African Bank (Abil) on July 25, according to data from TimBukOne and STRATE, holding more than 186 million shares. Liberty Life came in second at nearly 77 million shares.

On July 25, the GEPF’s shares would have been worth more than R1.2 billion, while Liberty’s shares would have been worth R509 million. When African Bank hit an all-time low of 28c earlier on Thursday, these investments would have been worth roughly R52 million and R22 million respectively. Shortly before 14h00, the share was trading at 89c.
Dan Matjila, chief investment officer at the Public Investment Corporation (PIC) (the GEPF’s primary asset manager), said it holds a stake in Abil in line with its client mandates. “As such, we have lost value in our investment like all other Abil shareholders,” Matjila said. He said African Bank posed less risk to the banking system, since it was not deposit taking, but that “a default on its debt obligations could be detrimental to the country’s financial system and could negatively impact the cost of funding for other financial institutions”.
Matjila added, “Along with other like-minded shareholders, the PIC will do whatever it can to salvage our investment and also minimise the negative impact on the country’s financial system. We are currently engaging with Abil management and other stakeholders and cannot comment further.
Unit trusts
The latest data available from Morningstar shows that 124 local collective investment schemes – both unit trusts and exchange-traded funds – hold Abil stock. While Coronation holds the greatest value in its funds, its funds will not be as affected as those which carry substantial weightings.
For instance, the Momentum Value Fund held more than 10% of its portfolio in Abil shares at the end of June. The Momentum Small/Mid Cap fund had more than 7% of its assets in the lender at the same time.
The Stanlib Financials Fund is another to have taken a big position on Abil, with over 5% of its portfolio assigned to it.
The drop in Abil’s share price is however not only going to be felt in South Africa. More than 600 international funds have some level of exposure to the counter. A large number of these are index trackers.
Mostly their positions are relatively small, but the FP Hexam Global Emerging Markets Fund had over 4% of its portfolio in Abil at the end of March. The Nile Capital Pan Africa Fund allocated just under 4% of its assets to Abil stock at the time time.
A further 47 local funds also hold Abil preference shares. Element and Momentum have some of the largest positions.
The Element Flexible Fund allocated more than 5% of its assets to Abil pref shares at the end of March. The Momentum Flexible Fund had 4.4% of its assets in Abil pref shares on 30 June.
Investec, Stanlib comment
A statement out from Investec Asset Management noted that it had, on behalf of clients, exposure only to Abil’s debt. “The exposure to the corporate debt is held across our multi-asset and fixed income portfolios. At this stage we do not wish to speculate regarding the financial position of the company,” the statement noted.
A statement from the Liberty Group’s asset manager, Stanlib, was equally tight-lipped. “Being the largest fixed interest manager in the country we have holdings of African Bank debt in our funds. Following African Bank’s announcement on Wednesday, we are and will be analysing all available information over the coming weeks to ensure we make informed decisions for our investors,” the statement said.
“The impact is likely to be negligible in our balanced funds and only slightly more in our equity funds. We can inform individual investors of the African Bank exposure in their individual investments but only if they request it,” Stanlib said.
Financial services giant MMI Holdings commented, “The MMI Group is a regular investor in the South African equity and bond markets and as such has exposure to African Bank equities and bonds.”
MMI said it would decide on a way forward that was in the best interests for the group and its clients after reviewing Abil’s restructuring initiatives. “All MMI policyholders and unit holder funds remain secure, as their exposure to African Bank was very limited. We are confident that affected funds will continue to deliver on their investment mandates.”        CLICK this LINK to read the Full Article.