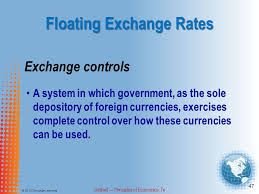 Why South Africans are being held to Ransom
CLICK the above LINK to read the Full Article.

One of the most enduring deceptions inflicted upon South Africans is the widely held description of the South African Reserve Bank (Sarb) as being an “independent entity,” over which the government of the day has no say or control.

Sarb is as much under the control and direction of the ruling ANC today as it was under the National Party before 1994. The ANC decides who to appoint as the Sarb governor and the bank dances to the tune of the ruling party, as we saw in the court papers in the Mark Shuttleworth case last week.

Control over Money Flows
The apartheid regime essentially had one objective initially, namely the control of (black, coloured and Indian) people in order to protect white privilege. It was meant to separate people of different races. It was universally condemned as evil.

When exchange controls were introduced in 1961 this control was extended to the flow of money. People who wished to move their money out of the country, for whatever reason, were now considered to be criminals.

And thus was born the system of exchange controls that, in essence, hasn’t changed much in over fifty years.

The control over the flow of money is probably the most powerful weapon any government can exercise over its people. South African citizens who disagreed with the apartheid regime could not move their money and assets out of their country, if they so wished. They either had to break the law and smuggle the money out, in a myriad of forms, or emigrate.

Both of these options cost the country billions of rands.

In a statement published on his website on Wednesday, Shuttleworth announced the legal victory and said the returned funds would be placed into a trust to help fund litigation at a constitutional level.

“I will commit the funds returned to me today by the SCA [Supreme Court of Appeal] to a trust run by veteran and retired constitutional scholars, judges and lawyers, that will selectively fund cases on behalf of those unable to do so themselves, where the counterparty is the state,” Shuttleworth said.
R250-million is what Mark Shuttleworth was forced to pay the South African Reserve Bank as a 10% “exit levy” when he tried to move his money out of the country.
Following a judgement handed down by the Pretoria high court, which refused to order the Reserve Bank to repay Shuttleworth, he took the case to the Supreme Court of Appeal. This court on Wednesday upheld his appeal and set aside the order of the high court, and ordered the Reserve Bank to pay the damages with interest.
CLICK the above LINK to read the full Article.