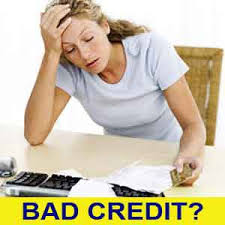 At least in the United States, this practice of Fractional-Reserve Banking continues to flourish, undoubtedly because the U.S. government continues to insure deposits - now for up to $250,000 - thanks to legislation signed by President Barack Obama on May 20. With such guarantees in place, is it any wonder that banks are lending depositors' money to practically anyone with a pulse ?

Is The American Banking System A Ponzi Scheme In Disguise ?

On Friday, June 19, 2009, Texas billionaire Sir Allen Stanford, who was knighted by Antigua in 2006, was indicted by a federal grand jury in Houston for allegedly attempting to defraud investors through his Antiguan-based Stanford International Bank (SIB).

In what the SEC has called a "massive Ponzi scheme", Stanford is alleged to have "misused and misappropriated most of " the $8 billion entrusted to him by SIB's 5,000 to 6,000 investors, including more than $1.6 billion that went to Stanford himself in the form of personal loans, the indictment asserts.
To Read the Full Article - CLICK HERE

Banks have treated our Housing Market like a Ponzi scheme, and it's about to Bust

Australia’s big four banks are among the largest and most profitable financial institutions in the world. Despite this, it is mathematically impossible that these banks, primarily focused on domestic retail operations, could be as big and profitable as they currently are without one of the following taking place :

Looking at the balance sheets of these four banking leviathans they have clearly taken on abnormal sums of risk to invest in a single, all-in, one-way bet on the housing market.