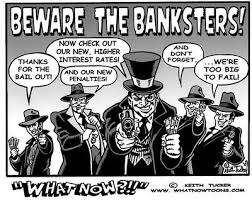 15 Recent Bank Scandals That Show Just How Powerless You Really Are. Please read the information below.

15 Recent Bank Scandals That Show How Powerless You Really Are

1. In September 2013, JP Morgan Chase announced they will pay $970 million in fines to US and British regulators and made a rare admission of wrongdoing over action involved in last year’s “London Whale” trading scandal. Additionally, the Consumer Financial Protection Bureau announced that JPMorgan Chase and Chase Bank have agreed to pay refunds totaling $309 million to more than 2.1 million customers after the Office of Comptroller or Currency “found that Chase engaged in unfair billing practices for certain credit card ‘add-on products’ by charging consumers for credit monitoring services that they did not receive.”

2. The LIBOR scandal came into focus last year when it was discovered that banks were allegedly falsely inflating or deflating their interest rates so in order to profit from trades, or to give the impression that they were more creditworthy than they actually were.The Libor is an average interest rate calculated through submissions of interest rates by major banks in London. Meaning that banks allegedly were lying A LOT in order to sound better. The LIBOR underpins about $350 trillion in derivatives, a type of security that gains its value from the value of underlying entities–i.e., interest rates. This is allegedly a massive price-fixing scandal, arguably the biggest ever.

3. In 2009, Wells Fargo Bank agreed to pay at $175 million to settle accusations that its brokers discriminated against black and Hispanic borrowers during the housing boom.
4. This past summer, 21 year-old Bank of America Intern Moritz Erhardt was found dead in the shower. Erhardt had reportedly worked three consecutive all-nighters. Numerous outlets have indicated this isn’t uncommon with banking interns, and is part of an unofficial “hazing culture” where interns work around the clock.
5. In 2012, UBS lost $2.3 billion after 32 year old Kweku Adoboli went rogue and made a number of “vast and risky bets.” Britain’s financial regulator fined UBS after determining that it’s “internal controls were inadequate.” Adoboli was sentenced to seven years in prison.
6. In 2010 it was reported that a Kabul Bank took $861 million out of war-ravaged Afghanistan in a massive fraud centered around fake loans to 19 individuals and companies. A bailout of the bank costs the equivalent of 5 percent of Afghanistan’s GDP, ensuring this is one of the world’s largest banking failures of all-time.
7. In August 2012, the Senate reported that HSBC’s lax anti-money laundering policies allowed Mexican drug money and Iranian terrorist to enter the U.S. and gain access to U.S. dollar liquidity over the past few years. Forbes reported that “HSBC actively circumvented rules designed to ‘block transactions involving terrorists, drug lords, and rogue regimes.’” They were ordered to pay US and British regulators $1.9 billion.
8. In December 2012, British bank Standard Chartered paid $327 million in fees to U.S. regulators over alleged illegal transactions with Iran, Sudan, Libya, and Burma. In August of 2012, Standard Chartered paid $340 million to a New York state regulator over similar alle-gations. The NY Department of Financial Services noted that the British bank colluded with Iranian government for almost an entire decade, reaping hundreds of millions of dollars in fees through thousands of secret transactions, coming to a total of $250 billion.
9. In the early/mid 2000’s financial services firm Lehman Brothers borrowed significant amounts to fund its investing, a process known as leveraging. A significant portion of this investing was in housing-related assets, making it vulnerable to a downturn in that market. When that happened, Lehman was forced to file for bankruptcy–it remains the largest bankruptcy filing in history, with Lehman holding over $600 billion in assets.
10. In March 2010, a report from Anton R. Valukas, the Bankruptcy Examiner, called attention to the use of Repo 105 transactions to boost Lehman Brother’s apparent financial position around the date of the year-end balance sheet. Attorney general Andrew Cuomo later filed charges against the bank’s auditors Ernst & Young in December 2010, alleging that the firm “substantially assisted… a massive accounting fraud” by approving the accounting treatment.
A month later, a New York Times story revealed that Lehman had used a small company named Hudson Castle to move a number of transactions and assets off Lehman’s books as a means of manipulating accounting numbers of Lehman’s finances and risks.
11. In the fall of 2010, major U.S. lenders such as JP Morgan Chase, Ally Financial (GMAC), and Bank of America suspended judicial and non-judicial foreclosures across the United States over the potentially fraudulent practice of robo-signing. This became known as “foreclosuregate,” which refers to refers to “the widespread epidemic of improper foreclosures initiated by large banks and other lenders.”
12. In June 2009, the SEC charged Angelo Mozilo, former executive of mortgage lender Countrywide Financial with fraud for allegedly misleading investors about the quality of Countrywide’s loans. Among other things, this included tens and billions of dollars of risky subprime and adjustable-rate mortgages. Before Countrywide was sold to Bank of America, it had been the largest NY mortgage lender. In 2010 Mozilo agreed to pay $67.5 million in fines, and was hit with a lifetime ban from serving as an officer/director of any public company.
13. In 2009 a grand jury accused Raj Rajaratnam, founder of one of the world’s largest hedge funds called The Galleon Group, of using a network of company insiders to tip him off to infor-mation that netted $20 million in illegal profits over a three year period. He was found guilty in May 2011, and was sentenced to 11 years in prison.
14. In October 2009, the SEC demanded a jury trial on claims that Bank of America misled shareholder about $3.6 in bonuses paid to Merrill Lynch employees before the companies merged. According to Reuters, “U.S. District Judge Jed Rakoff was disturbed that the SEC did not require the bank to disclose the names of executives and lawyers who vetted the bonuses.”
15. In December 2008, it was revealed that the Wall Street Firm Bernard L. Madoff Investment Securities LLC was a massive ponzi scheme–meaning it paid back investments with money from other investors instead of actual profit. Prosecutors estimated the size of the fraud to be $64.8 billion. Not too shabby.
To Read the Full Article - CLICK HERE 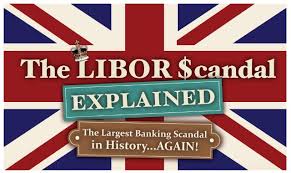 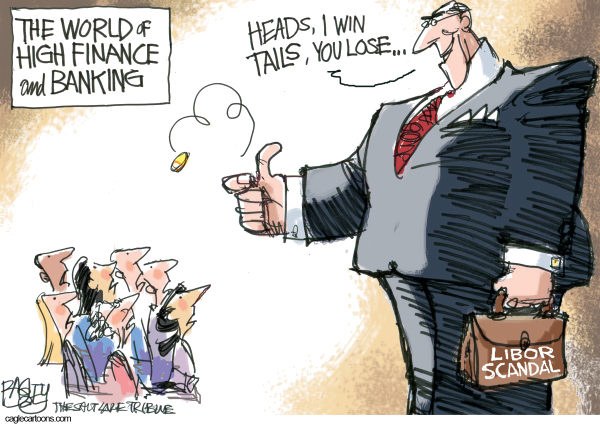